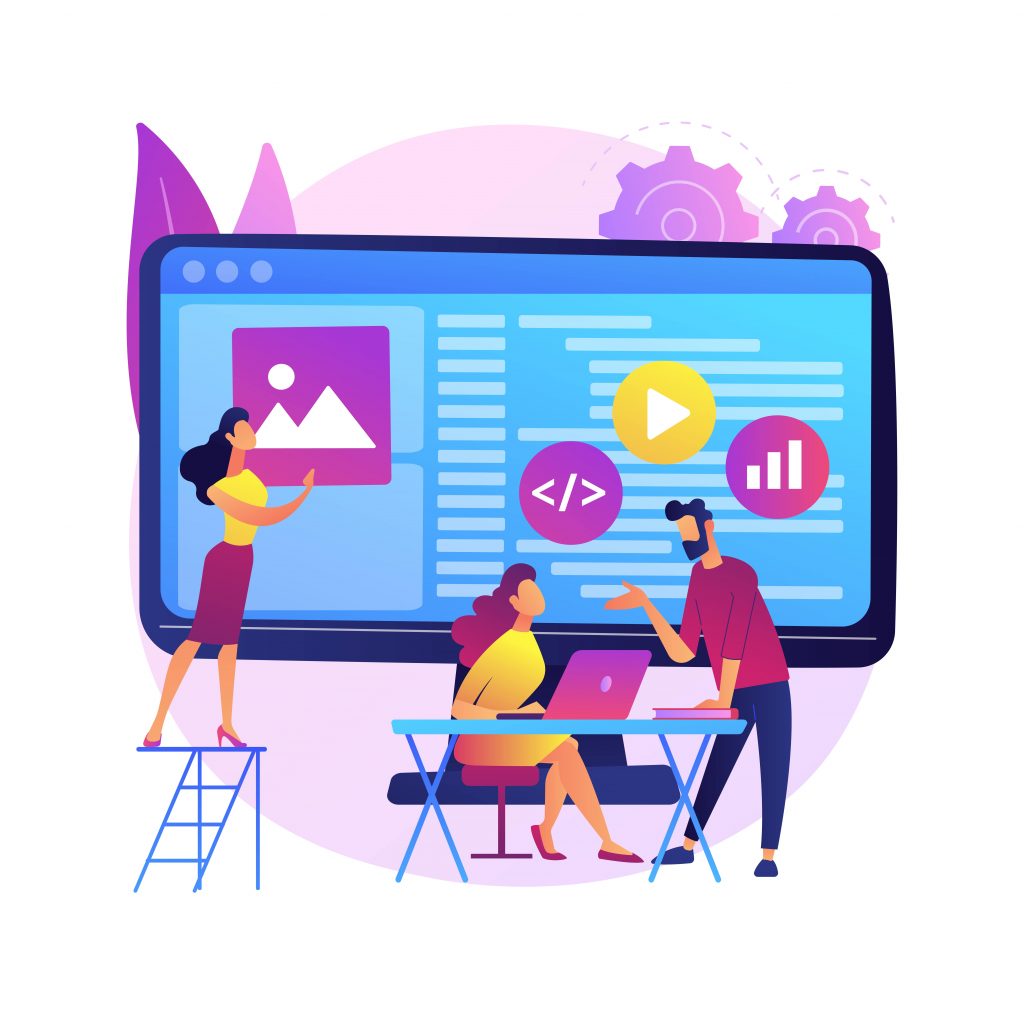 The casino software companies are manufacturers (also called makers or developers) of online casino software, which is responsible for various aspects of the functioning of online casinos: games (roulette, slots, table games, card games, lotteries, and a variety of others), websites, payments, accounting, analytics, and others. Software produced by them mainly delivers to players of online casinos the possibility to play games. But it may also include aspects of the functioning of the derivative processes, such as:

Not only online gambling houses are consumers of such software. There are others, like online sports betting, bingo game halls, scratch games, mobile gaming, poker, and live dealers. Some of the biggest companies are huge corporations with several-decade history, which are listed on various stock exchanges. A bright example of such is PlayTech Company, which was founded in 1999 and lists on London’s Stock Exchange. During the company’s history, it has participated in a number of mergers and acquisitions to grow and continue its activity despite various national and international bans of activity if online casinos

It must be mentioned that not all casino gaming software companies provide the software of the entire cycle. The biggest share of them only makes games, leaving the necessity of elaboration of client-casino processes to owners of online casinos. Such owners are called ‘operators’ and they buy the possibility to install software of a casino software company to their gambling websites, meeting a list of conditions set by such developers. Usually, the biggest requirement on the list would be holding one of the recognizable and trusted licenses for online gambling. There are several dozens of jurisdictions that grant such licenses, like Curacao, Malta, or the UK. This is mainly made to make sure the fair online game on the operator’s gambling website in a controllable and verifiable environment so as not to deteriorate the image of this or that casino software provider.

When a gambler plays some specific game, which has been developed by a company with a large name, he or she experiences the same quality and process of gaming, as it would be in any other online casino, which hosts the same game on its website. Typically, the game placed on all online casinos contributes to a combined progressive jackpot, which can be granted to any player of any online casino that hosts that same game.

The casino software providers list is as follows (to consider only world-class developers with loud names):

In addition to good names on the list, there are ‘rogue’ names like Realtime Gaming (a.k.a. RTG), which is known for placing its slots on doubtful websites. Such developers (including ones not on this list) don’t really care about their reputation or trustworthiness of a gambling house they’re selling to. That’s why it is advisable to avoid them if you don’t want to lose money.

History and some data

“A person plays only when he is a person in the full sense of the word, and he is completely human only when he plays” – Friedrich Schiller.

The Gambling Games never had their faithful chroniclers. Therefore, probably, it is impossible to build a clear chronology: where and when the cards appeared, where and when the roulette appeared. But there are legends, speculations, versions, often mutually exclusive, but from that even more attractive and exciting.

So, in the remnants of the material culture of an ancient man, archaeologists find objects used in gambling in Egypt as far back as 3,500 BC. Often figures, drawings on stones or ceramics, depict people or gods throwing dices (dice-astragalus is the ram or interphalangeal joint of a sheep or dog) and using counting boards to calculate the results of the game. In many excavations of the prehistoric sites of man of an even earlier period, dices are found in large quantities. Perhaps 40,000 years ago, people threw these dices in gambling, but the rules and order of these games are, of course, not known.

This shows us that a person always wanted a thrill. Some were connected with jumping from a cliff into the water, or with exactly thrown cubes to the floor. It was not important. Man craved for excitement. Unfortunately, in his passion, sometimes, he is uncontrollable. In particular, for this reason, at all times, gambling was prohibited, outlawed. Some tried to “kill” the person’s very desire to experience these feelings from the casino. The history tried to eradicate the excitement, however, it has not succeeded so far. After all, it cannot be forbidden for a person to jump from a cliff.

The BoomAff team will be happy to help with the compilation of the Casino PR company, as well as in a number of additional, strategically important services, such as: Connecting payment systems, Affiliate marketing and casino marketing, assistance in integrating affiliate programs, etc.